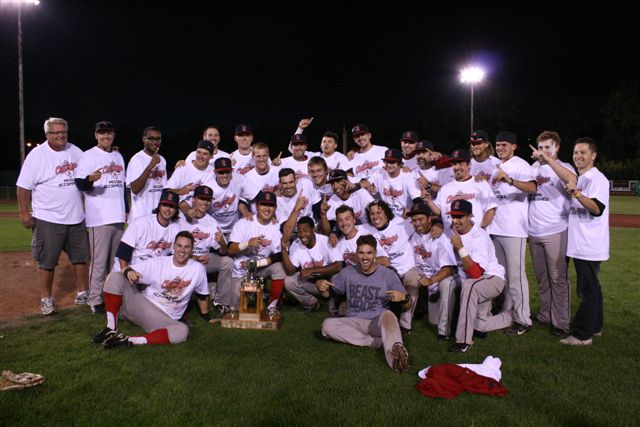 The Regina RedSox defeated the Medicine Hat Mavericks 3 games to 1 to clinch the 2012 title. After a season of record crowds the RedSox won game 4 by a 7-3 score in front of a packed house in Medicine Hat. Baseball Regina grads were Mitch MacDonald, Geoff MacDonald, Landon Adelman, Justin Eiswirth (coach) Ryan Brezinski, Chris Untereiner and Jarret Duchscher.

A trip to the WMBL Finals, a Triple Crown award - and now, a league MVP award. Mitch MacDonald put an exclamation point on his historic 2010 Western Major Baseball League season by being named the Old Dutch League MVP on Sunday, becoming the first Regina Red Sox player to win the award.The Regina product was also named to the WMBL 1st All-Star team.

In 36 games, MacDonald led the league in batting average (.476), homeruns (8) and runs batted in (48), and became the first WMBL Triple Crown winner in league history.

“Individually, I was fortunate to have a great season,” said MacDonald. “But I’ve said it before and I’ll say it again, having great hitters around you really allows you to focus on your at-bat and not worry about anything else.”

MacDonald was certainly surrounded by remarkable talent in 2010. David Fox, the Red Sox right fielder, was also named to the 1st All-Star team.

While MacDonald and Fox enjoyed individual success, the Red Sox as a team also enjoyed their most rewarding season in franchise history. The team made a trip to the WMBL Finals for the first time, and also eclipsed the 1,200 fan mark at Currie Field in a Game Five playoff win over Moose Jaw.

The Western Major Baseball League (the “WMBL”) is Canada’s pre-eminent summer collegiate baseball league. The WMBL boasts a long standing tradition of creating a showcase for top Canadian professional and college prospects while at the same time offering American college players the opportunity to hone their skills in front of enthusiastic baseball fans in towns and cities throughout the Prairies.

Since joining the league in 2005, the Sox have made a steady climb to the upper echelon of the WMBL.  Baseball Regina has been a strong and proud contributor to the WMBL and the Regina Red Sox. 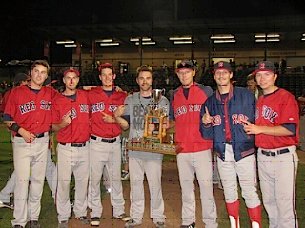 For the first time in franchise history, the Regina Red Sox are the Western Major Baseball League champions.

The team beat the Okotoks Dawgs 7-3 on Saturday to win its best-of-five series three games to one.

The Red Sox got all seven runs in the 6th inning, lead off by an off the wall double by Mitch MacDonald . The Dawgs scored once in the 5th and twice in the 8th in the game played in Seaman Stadium before a sellout crowd of 3,678.

11U 13U 15U Player Evaluations
TBA
Evaluation details will be emailed late February/early March to players registered with AA or Initial AAA package. Players ...